We have got brain number one up in your skull and brain number two, surprisingly down in your gut. Did you know that your gut has 100 million neurons in it? Neurons, or brain cells, are in your gut. It makes no sense, right? But they are there… Crazy. Did you know that your gut produces up to 90% of your serotonin?  Were gonna talk about your inner microbiome, your gut health and how it speaks to us everyday…

I am really excited to start you on this journey and I hope to add a lot of value to your life as a whole. 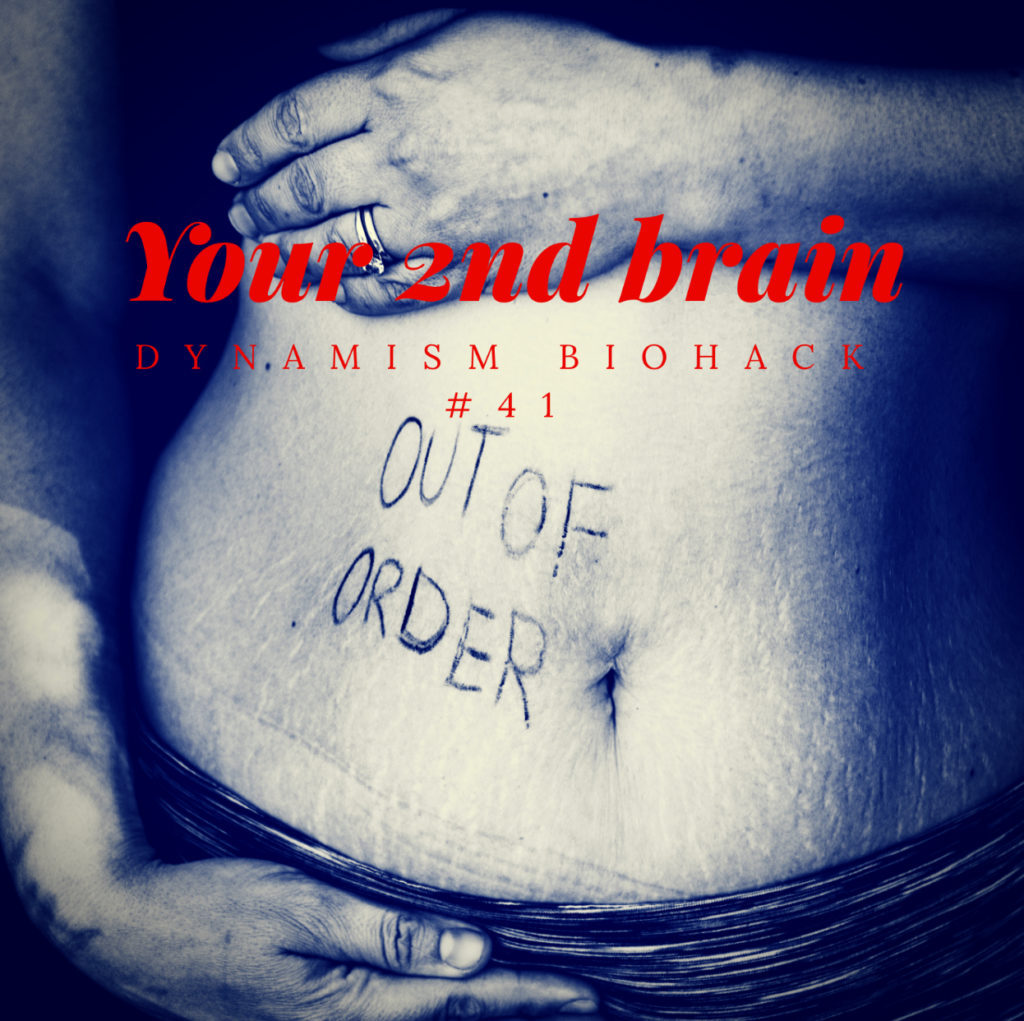 Frustrating isn’t it? What are we suppose to believe?

Welcome to Dynamism Biohack, my name is Dr. Matt Hammett Wellness & Nutrition Expert, Lifestyle Trainer and Movement Enthusiast. In each week I’m going share with you how to make the right nutritious choices despite conflicting expert opinions where I help you to discover how to unlock your inner aborigine or your inner greatness. Thank you for spending this time with me today, so let’s get into the training. 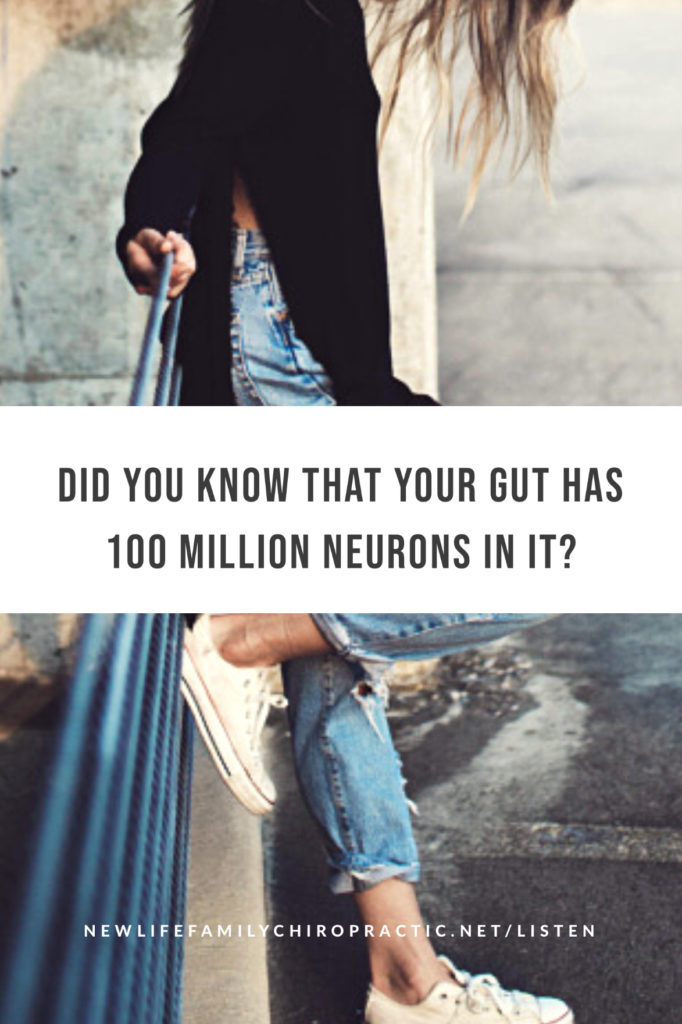 Dr. Junger talks about the fact that when he was going to a young doctor and eating the Western diet, he was on all kinds of medications, and he was feeling all kinds of issues including depression. He went to a psychiatrist who said well, you are not producing enough serotonin; he pointed to his brain. Dr. Junger says in hindsight, “He should have pointed to my gut,” because that is where the bulk of your serotonin is produced.

Serotonin is the happiness chemical which helps modulate our well-being and our sense of happiness. That is why many mistakenly think it is produced in the brain. Guess what, though? It is actually produced in the gut- up to 90%. Happiness, and everything else we are discussing, really starts at the end of your fork. Your second brain is down in your gut, and you want to pay attention to that.

And that leads me to Dynamism Biohack: Your 2nd Brain

Your microbiome is comprised of the little creatures that are living in your gut. Perlmutter shares a fascinating story about it in his book, Brain Maker. He cites an experiment that was published in 2013’s edition of Gastroenterology, out of UCLA. It demonstrated much of the first evidence that friendly bacteria consumed from food can affect brain function in humans. The study showed how small gut bacteria changes could affect our perceptions in the brain. In the experiment, they used a functional MRI scan (fMRI). Rather than looking at the structures of the brain, fMRI evaluates brain activity, so that researchers can determine which areas of the brain are active and how active they are at any particular time. When neurologists observe such activity, they technically call it “excitability” or “lighting up”—how the brain responds to stimuli or changes in the environment. The fMRI in this study showed the nucleus accumbens light up. In one group, the reward center was lighting up when they consumed the ultra-processed fast acting carbs- not what you want because this creates addiction cravings to unhealthy fake foods. In this case, they changed one thing in their diet. They gave one group fermented foods and the other group unfermented foods because fermented foods have tons of healthy bacteria in them. In this particular experiment, they used yogurt. They measured activity before and after they consume this product for a certain period of time. Researchers found out that consuming fermented food in a matter of weeks led to a decreased level of excitability in their brain.

In other words, as Perlmutter put it, “the fact that changes in our gut affect our brain’s response to negative activity or emotionally stirring images is just mind-boggling.”

Canadian researchers stated the following: “Overall, dietary changes could explain 57% of the total structural variation in gut microbiota, whereas changes in genetics accounted for no more than 12%.”

This indicates that diet has a dominating role in shaping gut microbiota, and changing key populations may transform healthy gut microbiota into a disease-inducing entity.’

It is crazy to think that fermented food- something as simple as sauerkraut, yogurt, and pickles and other fermented food on a regular basis- feeds and nourishes our microbiome in a healthy way. Your second brain exists in your gut, has over 100 million neurons, and 90% of the serotonin produced in your body comes from your gut. Your gut is 70-80% of your immune system; guard it well.

THE TRIAD OF EATING
The Triad of Eating is to reboot, kitchen detox, and follow your food rules. Most of the nutritional gurus talk about going through a reboot phase when optimizing your Eat driver. It would be one thing if you were raised in a traditional environment, when everything that should have happened, did; that you were born naturally, you were breastfed, and you never had antibiotics, that you moved a ton, always had a strong community support group, and you continue to live on that traditional diet, you have got it going on. The reality is most of us did not grow up in that environment, and we have some repair to do. As a result, these authors talk about the importance of having a reboot phase. They vary in length from two to three weeks, to longer; the basic idea is that by the end, you have removed all potential toxins from your diet. We have already discussed a great deal about them.

If you are feeling inspired from or wish to adventure outside the scope of this particular book, so as to specify exactly what I think you should do, it would be a reboot. Again, this is all about experimentation, but that reboot phase is one aspect that I do think is important. Mark Hyman calls it rebooting your body to its original factory settings. The basic idea is to omit certain foods, and then you reintroduce foods, testing to see what works and what might not; the reboot phase, if you will. We can perform a blood test in our office to focus in on what specific foods you should omit first. The other thing that all these books have is a kitchen detox.

At this point in our story, we have discussed about some potential toxic triggers and some of which may have been a no-brainer to you, some of which you might have said, “Not so sure about that- really, I need to go study.”

Fantastic! Be an engaged user of health care- dare to disagree with me, and study. Think about it and test it, of course. But, with some of the stuff, you might have heard, and you said: “You know this is a no brainer.” For that stuff, do a kitchen detox. Look at those items in your kitchen right now, and throw them away. Throw away all of the things that you think need to go. You no longer want to have as part of your nutritional plan. Get rid of them!! Be ruthless about it, and then the next time you are at the grocery store make sure not to buy it. That is the kitchen detox; again I cannot stress enough: start with partially hydrogenated anything. Be sure to remember our frenemies, the sneaky sugary drinks. Some researchers say the most toxic thing in your kitchen is sugar. Throw that all away as well. This leads us to food rules.

Food rules… Michael Pollan wrote a great tiny little book on the concept. He has got dozens of rules in it. They are very simple rules of thumb, which we can use as we navigate our nutritional landscape. Here are some of my favorites; come up with your favorite in the workbook and write down what your new rules are. His whole deal is, again, to eat real food from an animal or from the ground, but not too much! Go for mostly plants, and these rules help out. Particularly, identify what is real food and what is fake food.

1. If your great-great-grandma did not need it or would not recognize it as food, do not eat it. This might sound absurdly obvious, but it is incredibly powerful. Recall that diet has changed more in the last 100 years in the prior 100,000 years.

2. If your great-great-grandma needed it, you should need it.

6. If it has a T.V. commercial, avoid eating it; there is too big of a budget attached to the product. The one exception might be avocados; they somehow have an interest group backing that- but you get the idea.

Pollan says that if it makes a food health claim, do NOT eat it! This is somewhat surprising, but he says “Look- if a product can make a food health claim, first of all, it is probably in a box. Secondly, they are able to afford to do that; never a good sign.” You are getting dangerously close to it being non-food- remember Trix and Cocoa Puffs. When the whole Low-fat Movement occurred, “fat is bad; carbs are good.” You want whole grains right? Remember, they can throw in a nominal amount of whole grains into Trix and Cocoa Puffs, and then buy a stamp from the American Heart Association saying it is heart healthy. BAD IDEA, PEOPLE!!

Do not buy foods with health claims! Great idea!! Here is another one: do not buy your body fuel where you get your car fuel. Did you know gas stations make more money inside the store than they do outside? Most of that is junk food. Of course, they sell cigarettes and other little miscellaneous stuff, but they are selling perfectly awesomely horrible non-food. Never buy food where you get your car’s fuel. At the end of the day, what we want to do is reduce the number of steps from farm to fork.

Farm to fork- this is again what all the great teachers talk about… Remember whole food to refined food was the biggest issue and insult to our health. If you want to have food in its most natural state, that would be food picked by a farmer, brought to a farmer’s market, washed, cut and eaten.

Otherwise, when your food gets picked, it gets sent to a factory and processed with weird ingredients added and put into a box. Then it is brought to your grocery store, where it can sit on the shelves forever (God knows how clean or unclean it might be, at that point alone). Then it goes into your body, via a spoon or a fork. Not a good idea!! Shorten that farm to fork window. Most importantly, be willing to break the rules once in a while. We are not discussing a perfect approach, all or none. We are talking about making incremental improvements, day in and day out. I am going to distil it and put it all together for you in this book, The Five Pillars of a Dynamic Health; spoon fed style. You have to be willing to break the rules in turn; once in a while, make that the exception.

By the time we are finished with this training, we will have a plan for you to look forward to. It will be a plan personalized by you; it will be your safe experiment, designed for you. I am going to be your coach and will help you design your own personalized strategy. This book is going to help you get there, where you can say, “I am going to adhere to these rules more often than not, yet there are times where I am going to make exceptions to it.” That is always a wise rule. So there you go! Reboot, kitchen detox, and follow the food rules.